You are here: Home / Mediterranean / Post-revolution Tunisia a target and exporter of militants 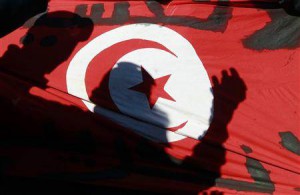 The 2011 revolution that toppled Tunisia’s regime has awoken extremism in the country after decades of repression, turning it into a target for attacks and a key exporter of militants.

Analysts say the current state of affairs is a result of the legacy of ousted president Zine El Abidine Ben Ali’s 23 years of iron-fisted rule, as well as Tunisia’s porous borders.

“Ben Ali’s monopolization of the religious sphere and neglect of socioeconomic issues opened the door to radicalization,” the Carnegie Middle East Center says in a report.

“These factors, combined with the disillusionment of the youth and the mishandling of Salafists after the revolution, have resulted in escalating violence in Tunisia and the export of militants to Syria, Iraq, and Libya,” it said.

According to the United Nations, more than 5,500 Tunisians, mostly aged between 18 and 35, have joined militant organizations in conflict-riddled Syria, Iraq, Libya, Yemen and Mali.

Many are fighting in the ranks of the Daesh (the so-called IS) group, which claimed three major attacks in Tunisia last year alone, two of them killing a total of 60 people, all but one of them foreign tourists.

Dozens of policemen and soldiers have also been killed since the 2011 revolt while two opposition politicians were assassinated in 2013.

The Carnegie report — “Market for Jihad: radicalization in Tunisia” — said the fall of Ben Ali’s regime “created a vacuum that allowed radical groups to preach their ideas and recruit new members”.

During Ben Ali’s rule thousands of his political opponents as well as Islamists were imprisoned and many others forced into exile, giving him a free hand to bolster repression.

“Ben Ali strengthened state security’s control over mosques and imposed legal restrictions on the hijab and Islamic dress. Political, or even any public, expression of religiosity was considered a threat,” the report said.

Five years since his overthrow, Tunisia is “paying the price of Ben Ali’s mistaken policies toward religion,” said a senior security official who declined to be named.

Many Tunisians “turned to social networks and foreign religious satellite television stations, particularly from the mid-1990s, thus provoking the expansion of extremist thought,” he added.

In a report dedicated to Tunisia’s “porous borders”, the International Crisis Group think-tank drew a correlation between the rise of militancy and contraband across the frontiers with Algeria and Libya.

Smuggling operations have long served as an informal economy in Tunisia, providing a livelihood for many people in poor regions, even before Ben Ali.

But with conflict raging across the border in Libya, the frontier has also served as a gateway for militants and weapons.

“The war in Libya… has had security repercussions and armed groups in border areas have conducted attacks against members of the National Guard, army and police,” said the ICG.

“The aftermath of the Tunisian uprising and of the Libyan war has provoked a reorganization of contraband cartels… thereby weakening state control and paving the way for far more dangerous types of trafficking.”