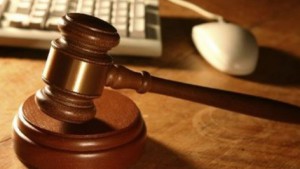 Portugal’s Constitutional Court has disallowed legislation that would have given intelligence agencies access to private communications metadata.

The judges declared the bill passed by Parliament last month illegal because it violated article 34 of the Constitution, which forbids authorities’ access to private communications unless they are part of a criminal investigation and sanctioned by a judge.

Also, a planned oversight committee would not have the same level of control over data-gathering activities as a criminal court judge, the court said in a ruling issued late Thursday. Six judges voted against the planned law while one approved it.

In a rare display of cross-party agreement, the three main parties in Parliament voted for the law, saying it was needed to help protect against acts of terror and international organized crime.

Portugal’s president, who has no executive powers but grants final approval to bills from Parliament, asked the Constitutional Court to examine this proposal after civil liberties groups and others voiced alarm about its scope. The National Commission for Data Protection, an independent body attached to Parliament, warned that the legislation would give the intelligence services carte blanche to sift through private information.

Portugal’s Constitution was mostly written in 1976, two years after an army coup ousted a four-decade dictatorship which used secret police and kangaroo courts to silence opposition. As democracy was introduced, many of the previous regime’s opponents who had suffered under its rule were elected to Parliament and wrote a Constitution that would protect against abuses like those perpetrated by the dictatorship.

The legislation is expected to be redrawn by the government which takes office after October’s general election.