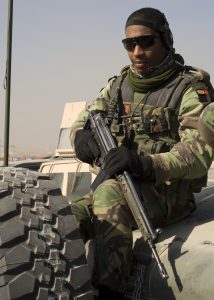 Portugal will send a team of 60 troops to former colony Mozambique after an attack by an Islamic State-linked jihadist group against a northern town, the country’s minister of foreign affairs said on Tuesday, according to modernghana.com.

The minister said the decision was taken as part of a bilateral action plan in agreement with Maputo. He said the Portuguese government was also evaluating humanitarian needs in the country with a view to mobilising some 15 Portuguese companies operating in Mozambique.

Santos Silva said there was not yet confirmation from the European Union to help provide logistical support.

Palma in Cabo Delgado province was attacked by an Islamic State-associated group last week, killing dozens of people and injuring many others. Some people are still unaccounted for and efforts to evacuate people trapped in the area are ongoing.

Lionel Dyck, head of Dyck Advisory Group, told the South African state broadcaster SABC that his firm had rescued 120 people who had fled and hidden from the jihadists.

Dyck was working for the Mozambican government and gas exploration companies to fight rebels. He said they also escorted people to safety since not all of them could board his helicopters.

Many dead bodies were left strewn in the streets of the town, close to the border with Tanzania, some people had been decapitated, according to Dyck, who spoke to SABC, as reported by Al Jazeera.

Authorities in Maputo said locals and foreigners were killed in the jihadist raid, as attackers shot at people and buildings indiscriminately.

The US government on Monday said it would support Mozambique in efforts to “counter terrorism and violent extremism and defeat ISIS”, John Kirby, Pentagon spokesman said.

Kirby did not outline how the US military was working with Mozambique to combat the militants.

An insurgency in northern Mozambique has been spreading since 2017.