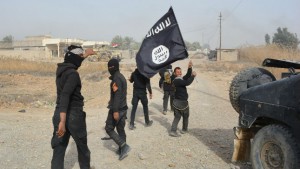 A majority of Americans support sending ground troops to fight the Islamic State in Iraq and Syria (ISIS), according to a new CNN/ORC poll.

The poll comes a day after President Obama addressed the nation on his terrorism strategy, but was conducted prior to the speech and a mass shooting in San Bernardino, Calif., where the attackers were believed to be inspired by ISIS.

But it was conducted after the terrorist attacks in Paris and is consistent with other polls after the attacks that found a majority favor ground troops.In the CNN poll, 53 percent said they favor sending U.S. ground troops to Iraq or Syria to fight ISIS. That’s a 7 point increase from a month ago, and a 10 point jump from last November.

Republicans are more likely to approve ground troops, with 75 percent saying they would, compared to 39 percent of Democrats.

Sixty-four percent overall said they disapprove of the way Obama is handling ISIS, while 60 percent said the same about how he’s handling terrorism in general.

There’s a wide partisan divided there, too, with 63 percent of Democrats approving the way Obama is handling ISIS, and 7 percent of Republicans approving.

But an overwhelming majority, 81 percent, thinks ISIS-associated terrorists are already in the United States and have the resources to carry out an attack. And 61 percent said they think an act of terrorism in the United States in the next few weeks is very likely or somewhat likely.

The poll was conducted by telephone from Nov. 27 to Dec. 1 among a random national sample of 1,020 adults. The margin of error is plus or minus 3 percent.