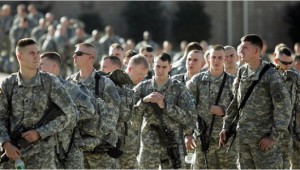 A majority of likely voters support sending American ground troops to fight ISIS, according to the latest Morning Consult/Politico poll.

Fifty-eight percent in the poll also signaled that they do not want the United States to accept more Syrian refugees. Only 33 percent of voters supported the idea of letting in more refugees from Syria.

The numbers signal opposition to President Barack Obama’s handling of the crisis in Syria. Although he has launched thousands of airstrikes in the region for two years, he remains opposed to American ground combat troops directly fighting ISIS.