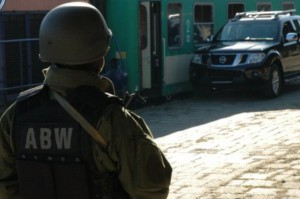 “We know the case, but the details will not be disclosed,” Colonel Maciej Karczyński, a spokesman for the Internal Security Agency (ABW), told television channel TVN24.pl.

On June 13 as a fighter for Islamic State, along with other jihadists from Europe, Palestine and Kuwait, Jacek S. was killed during a suicide attack on a refinery in the Iraqi city of Baiji, then controlled by government forces.

The Pole drove a car filled with explosives into a refinery and terrorists attacked the remaining government targets in the city.

“The subject is known to us. The activities of the Internal Security Agency are being conducted in cooperation with partner services in Europe. The person that you have mentioned has not been staying in our country for many years and has no relation to Poland,” Karczyński said.

Jacek S. had reportedly lived for some time in Germany.

“This case, and others, was being monitored by our service,” Marek Biernacki, the minister-coordinator of the special services.