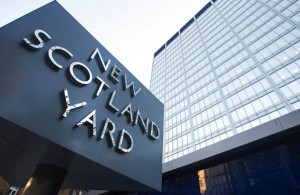 Many of the sites are dedicated to recruiting young people to fight for Islamic State in Syria and Iraq.

And the amount of online material encouraging jihad is constantly growing, detectives said.

Last year 55,000 sites hosting extremist material were removed – making up more than a third of the total number shut down since 2010.

The Counter Terrorism Internet Referral Unit – a police squad which fights online extremism – has removed 140,000 items of propaganda in the past five years.

More than two thirds was related to jihadi groups such as Isis.

Security minister John Hayes said: “We have seen an increase in the scale and pace of terrorist communications by groups like Isis, encouraging vulnerable young people to travel to conflict zones like Syria and Iraq.

“This government takes seriously the threat from online terrorist and extremist propaganda.”

He said: “We are pressing the industry to take a lead in tackling the abuse of their services by terrorist and extremist groups.”

Content already targeted for removal includes a video, viewed more than 5,000 times on YouTube, which describes non-Muslims as “not worth anything, less than an ant, less than an insect, less than a dog”.

In 2014, Home Secretary Theresa May promised to crack down on extremists who spread hatred on social media sites.

She proposed civil orders similar to Asbos designed to restrict internet use by fanatics and to stop them speaking at public events.

The Extremist Disruption Orders would mean public statements being vetted in advance by police.

Breaching the orders, which have not yet been introduced, would be a criminal offence.