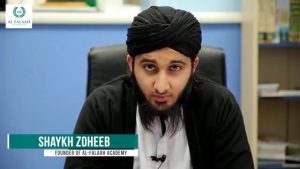 Shaykh Zoheeb Iqbal opened the first state-funded nursery in 2015 and now hopes to secure funding for a primary school, like reported by dailyrecord.co.uk.

Mr Iqbal told The Mail on Sunday : “We want to educate young people so they are confident and strong and understand the true meaning of Islam.

“There are risks out there, particularly online, where young people can be brainwashed to think other faiths are against them, but our responsibility to educate them and ensure they know right and wrong.”

This comes as some Islamic schools in England have been criticised by inspectors for leaving children “vulnerable to radicalisation”.

But Mr Iqbal said: “We would promote tolerance and teach the children about other religions. But, like in Catholic schools, there would be a religious ethos and a time for praying and learning about Islam. It is only fair to have Muslim schools if you have Catholic schools and other faith schools.”

Mr Iqbal opened Little Wonders Islamic nursery in Govanhill a year and a half ago, which was granted partnership with Glasgow City Council last month.

A Scottish Government spokesperson said: “Any church or other religious body can as a local authority to open a denominational school. The education authority then has to decide if there is sufficient demand to reach a decision.”