You are here: Home / Africa / Piracy threat rises for ships off Somalia this year 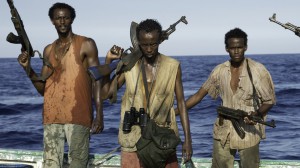 Ships traveling through waters off the coast of Somalia face an increased risk of piracy this year, fostered by deteriorating political conditions in the center of the Horn of Africa nation, IHS Inc. said.

Conditions that led regional politicians to provide safe havens between 2005 and 2012 for hijacked ships to be stored during lengthy ransom negotiations are being recreated in Somalia’s Galmudug region, the Englewood, Colorado-based risk adviser said Monday in an e-mailed report.

“This means that Somali pirates, who still have the technical capabilities, manpower, weaponry and financing networks to organize deep-water hijacks, may soon regain the secure ship-storage locations required to resume operations,” IHS said.

There were no attacks on vessels in waters patrolled by the European Union Naval Force, known as EU Navfor, last year, compared with two the year before, according to data on its website. At their peak, the number of attacks totaled 176 in 2011, it said. In addition to Somalia’s coastal territory, EU Navfor patrols cover the southern Red Sea, the Gulf of Aden and areas of the Indian Ocean including the Seychelles, Mauritius and Comoros.

About 60 percent of commercial shipping traveling through the “historic piracy zone” no longer carry privately contracted armed security personnel on board because of costs and perceptions that piracy is not a significant risk, IHS said.