You are here: Home / West Asia / Piracy in asian waters rises to highest level in 5 years 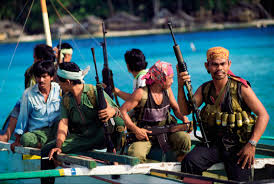 Piracy and armed robbery against ships in Asian waters in the first half of 2020 shot up to its highest level in five years and nearly double the number recorded in the same period a year earlier, like reported by time.com.

A total 51 incidents were reported in the region in the January to June period, 50 of which were actual and one was an attempt, according to data from ReCAAP ISC, a piracy information group with 20 member nations, mostly in Asia. That compared with 28 incidents reported in the same period a year earlier and is the highest tally since 114 recorded in the first six months of 2015, the data showed.

The incidents occurred in the Singapore Strait and South China Sea, as well as waters off countries including Bangladesh, India, Indonesia, Malaysia, the Philippines, and Vietnam. Thirty-one of the 51 incidents occurred while the ships were anchored and the remaining when they were in transit, according to the data.

Piracy and armed robbery in the Singapore Strait, one of the world’s busiest commercial maritime routes, doubled from a year ago to 16 incidents. Chinese ports recorded no such occurrence in the period versus three incidents last year.