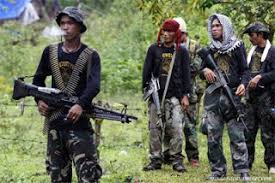 The United States has added Abu Sayyaff sub-leader Hatib Hajan Sawadjaan, who is said to be the leader of the Islamic State (ISIS) in the Philippines, to its list of global terrorists, like reported by rappler.com.

Along with Sawadjaan, a female named Almaida Marani Salvin was also included in the US Treasury’s sanctions blacklist. Salvin was said to have “materially assisted, sponsored, or provided financial, material, or technological support ” to ISIS-Philippines.

Sawadjaan is at large while Salvin was arrested in April this year in Zamboanga City.

Philippine intelligence sources said Salvin is the wife of Abu Talha, who is Sawadjaan’s operations officer and key to various fund transfers for local terrorists.

Sawadjaan and Salvin were part of the US’ latest list of global terrorists released on the eve of the 18th anniversary of the September 11 attacks in the US. The updated list is in line US President Donald Trump’s signing of an executive order, which aimed to “modernize and strengthen” authorities to combat terrorism.

The recent series of “suicide bombings” in Sulu have been attributed to the pro-ISIS Abu-Sayyaf faction led by Sawadjaan.

These included the latest blast in Indanan town on Sunday, September 8, in which only the attacker was killed. Earlier this year, twin blasts at a Catholic church in Jolo, Sulu, killed at least 23 people and wounded over 100. Another twin attack killed at least 7 people at the gates of an Army camp in Indanan, Sulu, on June 28.

Sawadjaan was also said to be behind another fatal attack in July 2018 when a van exploded at a military checkpoint in the outskirts of Lamitan, Basilan, killing at least 10 people.

The US State Department named Sawadjaan, along with 12 other leaders of foreign terrorist groups “specially designated global terrorist.” Effectively, this means that all property and interests in property subject to US jurisdiction are blocked, and US persons are prohibited from engaging in any transactions with them.

Salvin, meanwhile, was reported to have assisted ISIS Philippines. In April 2019, Salvin was arrested in Zamboanga City for possession of explosive devices and bank accounts and passbooks linked to ISIS-Philippines funding.

Police had said Salvin also facilitated the recruitment and travel of foreign fighters to the Philippines.

Significant executive order: According to the US State Department, Trump’s executive order “is the most significant update of terrorist designation authorities since the aftermath of the 9/11 attacks.”

The order, it added, will also allow US authorities to “more effectively sanction the leaders of terrorist organizations and those who train to commit acts of terrorism.”

Meanwhile, the US Treasury said the new executive order served to “consolidate US counterterrorism authorities under a single sanctions program.”

“This new authority serves to put all foreign financial institutions on notice that enabling terrorists and their financial backers to rely upon the international financial system to facilitate their malign activities will have consequences,” the Treasury said.