Abu Sayyaf’s self-proclaimed spokesman killed in exchange of gunfire with troops in Bohol province, like reported by aa.com.tr 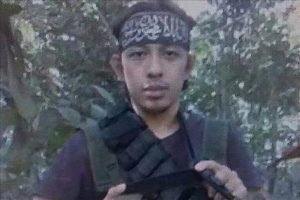 Philippine authorities confirmed that a leader of a Daesh terror group has been killed in a clash with military troops in Bohol province.

The military tagged Abu Rami as a self-proclaimed spokesman of the Abu Sayyaf group, which is based in the southernmost part of Mindanao, particularly in Sulu province.

They did not provide further details on Abu Sayyaf leader’s death.

Askali surfaced in April 2014 when he claimed over Radio Mindanao Network station in Zamboanga City the abduction of a German couple – Stefan Viktor Okonek and Henrike Dielen — from their yacht off Palawan.

He used to announce in the local radio station whenever the Abu Sayyaf group issued ransom demands in exchange for the release of foreign hostages.

A video posed on social media in Oct. 17, 2014, Askali showed bundles of P1,000 Philippine peso bills which he claimed totaled P250 million, the ransom paid to them in exchange for the release of German couple.

He said the fatality from the government’s side stands at four, including three military troops and a policeman.