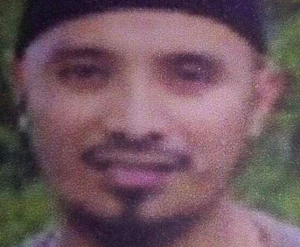 The Philippine military has identified the new leader or “emir” of the Islamic State in Iraq and Syria (ISIS) in South-east Asia, like reported by straitstimes.com.

Major Ronald Suscano, spokesman for the army’s 1st Infantry Division, said one of those who plotted the Marawi siege, identified only as “Abu Dar”, replaced Isnilon Hapilon who was killed last year (2017).

Dar was described as less radical and having less combat experience than Hapilon, who was leader of the small but brutal Abu Sayyaf group.

“Isnilon is more radical because he is older and he has a lot of training and experience. Abu Dar, during the time of Isnilon Hapilon, was just a sub-leader,” Suscano said on Monday (March 5), according to Philippine media reports.

Dar, a native of the southern Philippine province of Lanao del Sur, has connections to militants outside the Philippines.

“He has the money, the resources, the connections. He has the capability to lead,” said the military spokesman, Brigadier-General Bienvenido Datuin.

A security official, speaking on condition of anonymity, said the military estimates that Dar’s group was able to bring around 500 million pesos (S$12.7 million) out of Marawi during the early stage of the siege, Malaya Business Insight reported.

ISIS-inspired militants from the Maute and Abu Sayyaf groups attacked Marawi city in May last year following a botched military operation to serve a warrant of arrest against Hapilon.

Fighting resulted in the deaths of more than 1,100 people. The siege prompted President Rodrigo Duterte to declare martial law in the southern island of Mindanao.