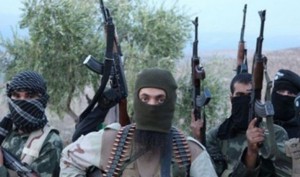 On Sunday, an informed source within the Kurdish Ministry of Peshmerga revealed, that the Kurdish force had managed to kill 42 ISIS elements, including 8 ISIS leaders that are German nationals, during violent clashes in different areas near Mosul.

The source told Deutsche Presse Agentur (DPA), “Peshmerga forces managed to kill the ISIS military commander in Talkeef District, known as Abu Alqama, who is an Afghan national, along with 10 of his personal guards, during mutual shelling between the Peshmerga and ISIS in the district,” adding that, “The Forensic Medicine Authority received around 22 bodies belonging to ISIS today in Mosul, including 8 ISIS leaders that hold German citizenship, in addition to killing 9 other militants in an aerial bombardment that targeted ISIS ranks in the area of Batooqah.”

The district of Talkeef is located 20 km north of Mosul.