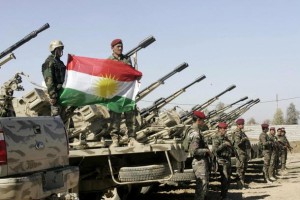 On Sunday, an official of the Kurdish Peshmerga of al-Zirfany announced the killing of 13 ISIS fighters in west of Mosul City.

Dalshad Mawlood, an official from the media office of al-Zirfany forces, stated in an interview for IraqiNews.com, “Today the forces of al-Zirfany attacked two sites for the ISIS militants in the village of Tashta in the area of al-Kesk in west of Mosul, using heavy weapons,” pointing out that, “The attack had been conducted with coordination with the international coalition aviation.”

“The attack resulted in killing 13 militants belonging to ISIS in the village,” Mawlood added.