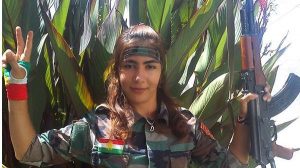 The General Command of Peshmerga forces of the Kurdistan Region announced on Tuesday they had killed 130 Islamic State (IS) militants in the past 72 hours, like reported by kurdistan24.net.

The General Command of Peshmerga forces released a statement regarding the Tal Afar battle in northern Iraq, stating they have killed dozens of jihadists in the area.

“After the IS terrorists were defeated in Tal Afar and Ayadhiya battles, they tried to save themselves and sneak over to Syria, but Peshmerga were fully ready and they [IS] fell in Peshmerga ambush in the north of Tal Afar,” the statement read.

On August 20, Iraqi forces launched the military operation to retake Tal Afar from the IS, the last jihadist stronghold in the Province of Nineveh occupied since June 2014.

The operation is ongoing as the Iraqi forces continue to advance in the north of the town to free Ayadhiya district from the IS.