You are here: Home / Analysis / Personality disorder and terrorism 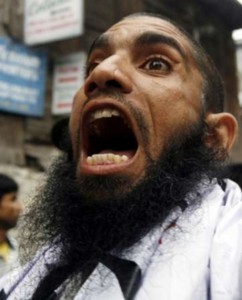 We live in very interesting times. A time when settled issues have become unsettled. A time when hitherto widely accepted dogmas are giving way to new ideas. A time when the world is confronted with extreme views from diverse sections of the globe. A time when individuals are greatly empowered with access to information, greater capabilities and yet suffer from the effects of a new global order that deprive him of his essence.

Welcome to the world of identity crisis, personality disorder and terror. As a lay man in the world of psychiatry I would attempt to analyse our contemporary world and raise questions about a possible psychiatric dimension to the new global and local disorder. In advance I seek for forgiveness if I venture to worlds unknown and if I draw inferences that stretch academic freedom. As a public commentator and a close watcher of local and international events, I am constrained by rapidly unfolding events, to begin to question the foundation and structural scaffold of emerging world views that challenge our humanity.

To begin with, I will attempt a definition of key concepts of this paper to provide us with some conceptual clarity.

A personality disorder is a type of mental disorder in which you have a rigid and unhealthy pattern of thinking, functioning and behaving. A person with a personality disorder has trouble perceiving and relating to situations and to people. This causes significant problems and limitations in relationships, social encounters, work and school.

The Global Terrorism Index defines terrorism as the threatened or actual use of illegal force and violence by a non-state actor to attain a political, economic, religious, or social goal through fear, coercion, or intimidation. This definition recognises that terrorism is not only the physical act of an attack, but also the psychological impact it has on a society for many years after. This definition gives context and meaning to the use of violence to achieve pre-determined goals through methods that undermine human freedom, inflict physical and psychological damage and unhinge the forces that make societies to cohere.

The laden phrase “identity politics” has come to signify a wide range of political activity and theorizing founded in the shared experiences of injustice of members of certain social groups. Rather than organizing solely around belief systems, programmatic manifestos, or party affiliation, identity political formations typically aim to secure the political freedom of a specific constituency marginalized within its larger context. Members of that constituency assert or reclaim ways of understanding their distinctiveness that challenge dominant oppressive characterizations, with the goal of greater self-determination.

My basic thrust today is to probe into the rising wave of violence around us as a nation and seek for a thoroughfare out of our current debacle. First why are individuals motivated to embrace extremism be they religious or ethnic? Why do they feel the urge to impose their extreme views on others using terror tactics? What are the characteristics of individuals who use violence to impose their worldview on others? Why are we witnessing a sharp rise in identity politics? What can lead us to new level of collective consciousness as a nation?

A 2014 Terrorism index ranks Nigeria 3rd after Iraq and Afghanistan, Pakistan comes 4th with Syria 5th. In other words Nigeria ranks above Pakistan and Syria in terrorism index! It is interesting to note that the study revealed that the link between poverty and terror is not strong rather other issues show significant relationship. “From thousands of socio-economic, governance and attitudinal variables analysed, three groupings of indicators show a multivariate significant relationship with the GTI: Political stability, intergroup cohesion, Legitimacy of the state. There is no systematic link to poverty measures, nor to several broader economic development factors such as the Human Development Index or its subcomponents such as mean years of schooling, or life expectancy. Similarly, economic indicators such as year to year GDP growth do not correlate.”

This is a very important point, research is showing that political stability, intergroup cohesion and legitimacy of the state are three indicators that show significant relationship with Global Terrorism Index. The significance of these indicators to our topic today is anchored on the individual and group dynamics that underscore these indicators.

Individuals in societies suffering from political instability and illegitimate state with poor inter group cohesion are more likely to embrace violence in resolving issues. These individuals, in my view, share certain attributes that we may find similar to the traits of people suffering from personality disorder. The psychiatric dimension of such individuals attracts my lay view when I look at the global impact of terrorism and the determination of the purveyors to spread death and pain.

Identity politics seeks to create affiliations around a unifying category to the exclusion of others. It is, sometimes, a reaction to social injustice and feeling of exclusion. The desire to find meaning in an environment of marginalisation makes identity politics an attractive solution to feelings of alienation. Identity politics, mismanaged, leads to aggression arising from feelings of humiliation.

The fallout of identity politics affects both intra and inter group dynamics and leads to the weakening of state capacity and de-legitimisation of state. Two factors that have significant correlation to terrorism. With Nigeria on the 3rd position in Global Ranking of Terrorism, largely due to the activities of Boko Haram, we need to pay more attention to issues of identity politics as an emerging trend that can lead to violence and infringing of rights.

It is now clear that the challenges plaguing Nigeria presents multiple dimensions in analysing and solving the issues. The Psychiatry community needs to move the issue of mental health from a reactive and treatment focused strategy to a proactive, promotive and prevention practice. The rising individualism of today and the increase of anti-social behaviour indicating personality disorder needs new rules of engagement.

Terrorism as a global problem, can be stemmed by reducing the feeder pipeline of disgruntled and disillusioned young men plagued by personality disorder. Again psychiatry practice should lead the way.

The rising wave of identity politics needs to be probed into and the morphology understood to avert the next platform for violence.  Academics in the world of psychiatry should lead the way in interrogating the Nigerian variant of a global phenomena

The political class drawing from the body of knowledge in your area of medical practice should urgently work on creating the collective consciousness that would reduce identity politics, promote political stability, encourage inter group cohesion and legitimise the Nigerian state.