You are here: Home / Mediterranean / Permanent exchange of information between Tunisia and U.S. on terrorism 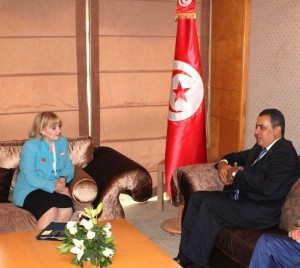 In a statement to TAP at the end of the meeting, she said focus was laid on bilateral co-operation regarding co-ordination and permanent exchange of information between the two countries on terrorism.

The meeting also discussed the general situation in Tunisia, particulaly in the economic and security fields, she said, reaffirming her country’s sustained support to the Tunisian democratic process.

Reform of the penitentiary institution and mechanisms of its modernisation were also tackled, the U.S. official pointed out, with  emphasis on the need to step up the exchange of expertise and training of Tunisian security units, besides financial assistance.