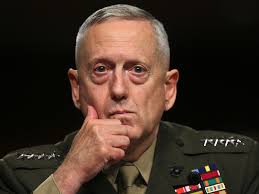 U.S. Defense Secretary James Mattis has directed the Pentagon to seek an increase in overall spending to address shortfalls and “new requirements” needed to accelerate the campaign against Islamic State, according to a memo released on Wednesday, like reported by reuters.com .

In addition to the proposed 2017 fiscal year budget amendment request, Mattis also asked for a broader budget and strategy review looking ahead to future years but did not offer estimates in his guidance to the Department of Defense, the Pentagon memo said.