You are here: Home / MidEastGulf / Pentagon to begin talks with Russia over Syrian airspace 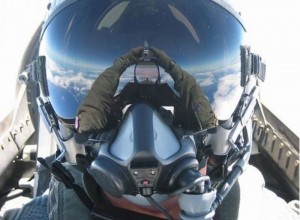 The announcement comes after President Obama’s meeting with Russian President Vladimir Putin at the United Nations General Assembly on Monday.

The move keeps in place a suspension in the U.S.-Russia military relationship over the Ukraine conflict, while allowing the two sides to avoid potential accidents in Syria.

“The purpose of these deconfliction discussions will be to ensure that ongoing coalition air operations are not interrupted by any future Russian military activity, to ensure the safety of coalition air crews and to avoid misjudgment and miscalculation,” Cook said.

The need for deconfliction in Syria’s airspace has grown, with the U.S. and other coalition forces conducting air operations against Islamic State in Iraq and Syria (ISIS) there, and Russia readying to launch its own airstrikes.

Russia has surged fighter aircraft, vehicles, troops and other equipment to an airfield in western Syria, purportedly to shore up Syrian President Bashar al-Assad in his two-front war against ISIS and other opposition groups.

Moscow insists its operations are geared toward protecting ally President Assad, versus attacking anti-regime forces who the U.S. is supporting in its fight against ISIS.

The administration says it would consider working with Russia if its operations are strictly against ISIS, and not bolstering Assad and attacking other groups.

“As the presidents discussed in New York, the United States and Russia have a common interest in fighting [ISIS] in Syria,” Cook said.

“As the secretary made clear in his own conversation with [Russian Defense Minister Sergei Shoigu], the goal here should be to take the fight to [ISIS] and not to provide support or defend the Assad regime,” he added.