You are here: Home / MidEastGulf / Pentagon mulls more troops to fight Islamic State in Iraq and to retake Mosul 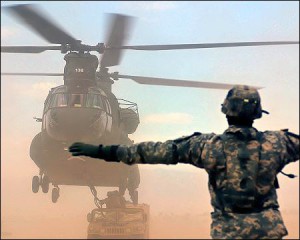 The Pentagon is in the preliminary stages of discussing whether to send more Special Operations forces to advise and assist Iraqi forces as the two countries get ready for the assault to retake Mosul from ISIS, CNN has learned.

The deliberations are a reflection of how difficult the fight for Iraq’s second-largest city may be, and the need to defeat ISIS there for the credibility of the Iraqi government.

At this point, there are no formal proposals for how many troops might be needed for such an advise-and-assist role, and, if they are dispatched, when that would be, defense officials emphasized.

The fight to retake Mosul could begin as soon as next month, one official told CNN, though others have said the Iraqis may not be fully ready to move until early November.

But US officials are not hiding that preparations are well underway for Mosul, as well as efforts to retake Raqqa, ISIS’ self-declared capital in Syria.

“We are saturating the battle space (with intelligence, reconnaissance and surveillance) particularly in the areas of Mosul and Raqqa, getting real-time visibility and awareness to the right people,” said Lt. Gen. Jeffrey Harrigian, the senior air commander for the coalition.

Harrigian noted that, “There is still a tough fight ahead against an adaptive enemy that will try to challenge us as we home in on Mosul and Raqqa.”

Mosul may be ready for action sooner than Raqqa. Improvements at a nearby Iraqi airbase at Qayyarah are wrapping up. When completed, the base will provide a logistics and supply hub for Iraqi forces moving on Mosul, as well as a possible key location for US troop operations.

There are currently 4,480 US troops in Iraq. About 550 are performing a wide variety of training, advising and assisting roles for Iraqi and Kurdish forces. The discussion centers around whether more advise-and-assist troops are needed, jobs filled mainly by Special Operations Forces.

They are likely to be out in the field and closer to the front lines in the fight for Mosul, although they are not expected to deliberately expose themselves to fire, go on patrols or undertake combat missions.

They could also be called upon to help local forces identify targets from their positions in the field. The idea, one official said, is they are not in buildings several miles to the rear but are closer to the action in order to provide assistance.

Several senior US military officials are saying the fights for Mosul and Raqqa are going to expose US troops more directly to risk on the battlefield.

If more Special Operations troops are sent, it might not require additional notification to Congress. There are about 160 unfilled military billets in Iraq under the current ceiling of the allowed number of troops. In Syria, the current ceiling is 300 forces, though only about 150 troops are there right now, according to defense officials.

One argument against sending more Special Operations Forces to Iraq is the effort to keep the number of US troops down so that Shiite-backed militias don’t feel threatened by the growing American presence, one official said.

Part of the challenge is retaking Raqqa will be the role of Kurdish forces as well as Arab forces. Turkish authorities are not anxious to see the Kurds take on a bigger role in northern Syria, but there may not be sufficient Arab forces to deal with Raqqa, officials said.