The United States is going to invest $50 million in the construction of a military air base in Nigeria’s Agadez city, that will be designed for drones’ deployment, media reported on Friday citing the US Department of Defense 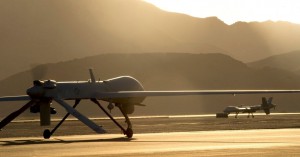 Michelle Baldanza, a spokeswoman for the Pentagon, confirmed that the United States is ready to pay for a new airstrip, “associated pavements, facilities and infrastructure” in Agadez, the BBC reported.

Baldanza said that the cost of the military air base is estimated at $50 million, in contrast to The Intercept website, which reported on Thursday, citing formerly secret documents obtained under the Freedom of Information Act, that the base would cost $100 million and will be built in 2017.

The United States already stations its MQ-9 Reaper drones and supports France’s anti-jihadist force, Operation Barkhane, in the country’s capital of Niamey. The new base is expected to provide Washington with greater capability to target Islamist extremists in neighboring countries, including Mali, Libya and Nigeria.