You are here: Home / Europe / Paris to build barrier around Eiffel tower to counter Islamic terrorism 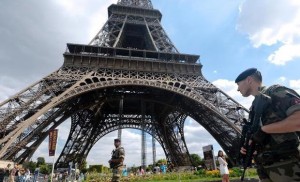 Paris plans to build a barrier around the Eiffel Tower to limit the risk of terrorism, like reported by bloomberg.com .

The city is setting aside 20 million euros ($21.3 million) for the project and will evaluate proposals with consideration for their aesthetics.

The idea is to have a “permanent and aesthetic barrier,” said Jean-Francois Martins, a city official. “Sadly the risk of terrorism hasn’t gone away,” he said.