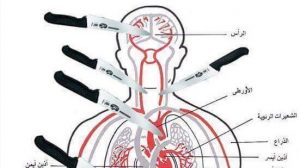 A Palestinian terrorist stabbed an Arab Israeli in Petah Tikva on Monday in what authorities have described as a case of mistaken identity.

The Arab victim, a 32-year-old bus driver, was mistaken for being Jewish and was stabbed in the neck by the terrorist as he stood next to a shawarma stand in the city center. The victim was rushed to Rabin Medical Center with severe injuries. The terrorist reportedly informed police, “I did it for Al-Aqsa,” referring to the mosque on the Temple Mount.

The terrorist, a 21-year-old Palestinian from Qalqilya who was in Israel illegally, attempted to flee the scene after the stabbing, but was tackled by pedestrians and handed over to police. The Palestinian had been imprisoned from 2015-2016 for a terror attack.