You are here: Home / MidEastGulf / Palestinian man with “explosive device” killed by IDF in Nablus 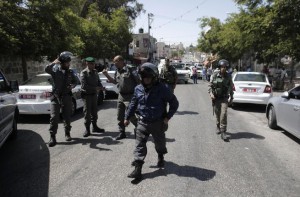 A Palestinian man died from injuries he sustained in clashes with Israeli forces in Jenin refugee camp in the northern region of the West Bank early Wednesday, AFP reported.

Medical and security sources said 23-year-old Ezzedine Ghora was hit by two bullets in the chest and the arm, and died on the way to the hospital.

A statement from Israeli police confirmed Israeli forces were in the camp to conduct arrests.

“Upon leaving the camp, the force identified a suspect trying to throw an explosive device at them,” AFP reported, citing the statement.

The statement noted the device probably exploded near the suspect.