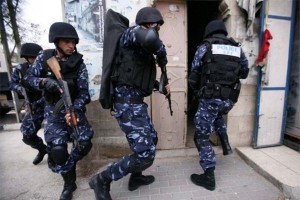 Palestinian Authority forces arrested 100 Hamas members in the West Bank in the biggest raid of its kind in years.

It was the biggest mass arrest in one night since 2007 when Palestinians split after the Islamic militant group Hamas violently ousted forces loyal to President Mahmoud Abbas from Gaza, leaving him governing just parts of the West Bank.

Hamas spokesman Husam Badran said in a statement the arrests were meant to stop the recent spate of deadly Palestinian attacks against Israelis.

He accused Palestinian security forces of working for Israel and said the militant group holds Abbas personally responsible. Hamas will continue attacks against Israelis in the West Bank, he said.

There was no immediate comment from the Palestinian Authority.