You are here: Home / Analysis / Pakistan’s Taliban problem: by encouraging insurgency in Afghanistan has Pakistan stoked militancy at home? 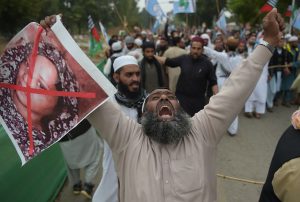 In Pakistan’s rugged tribal regions along the Afghan border, a persistent warning is circulating: the “other” Taliban is returning, like reported by inews.co.uk.

Pakistan’s own Taliban movement, known as the Tehrik-e-Taliban, with its own record of violent attacks against the Islamabad government, has been emboldened by the return to power of their namesakes across the border.

Islamabad was warned by many that in backing the Taliban in Afghanistan it was playing with fire.

Officially, the Pakistan government doesn’t support the Taliban in Afghanistan, but merely urges the world to work with it. Few, though, believe that.

Pakistan viewed the rise of anti-Soviet jihad in the 1980s as a chance to turn Afghanistan into a satellite state. Once the Soviets were vanquished, Pakistani officials turned their attention, post-9/11, to ousting the Americans.

General Hamid Gul, a former head of Pakistan’s Inter-Services Intelligence (ISI), spelled out publicly in 2014 how the agency used US aid after 9/11 to continue funding the Taliban.

Islamist extremism has already divided Pakistani society along sectarian lines, and experts say the return of Afghan Islamists will embolden radicals in Pakistan-based groups such as Lashkar-e-Taiba, Jaish-e-Mohammed and Tehrik-e-Taliban.

Amir Rana, executive director of the Pakistan Institute for Peace Studies, notes that Tehrik-e-Taliban has ramped up deadly attacks in recent months.

He warns that Pakistani society is at risk of turning into one similar to the Taliban-run Afghanistan.