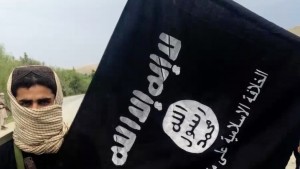 The Pakistani Taliban group – Tehrik-e-Taliban Pakistan (TTP) has started efforts aimed at reconciliation between the Afghan Taliban and affiliates of the Islamic State of Iraq and Syria (ISSI) terrorist group.

According to reports, a reconciliation council has also been constituted by Jamaatul Ahraar (JuA) to mediate between Abu Bakar Al Baghdadi-led Islamic State (Daesh) and Mullah Mohammad Omar-led Afghan Taliban.

Jamaatul Ahraar (JuA) commander based in Nangarhar province of Afghanistan Omar Khalid Khorasani is engaged in talks between the two militant groups, according to Pakistan’s News International.

A spokesman for JuA Ehsanullah Ehsan has also issued a statement pledging to avenge the killing of senior ISIS leader Shahidullah Shahid whow as killed in a drone strike in eastern Nangarhar province of Afghanistan.

This comes as the Afghan Taliban leadership issued a letter to al-Baghdadi last month urging the ISIS terror group not to make any decision that prompts Islamic Emirate’s reaction.

The letter was published following deadly clashes between the ISIS affiliates and the Taliban fighters which left several dead from the two sides.

Signed by Mullah Akhtar Mohammad Mansoor, identified as the deputy of the Islamic Emirate and member of the Shura (council), the letter stated that the Taliban group wants “Jihad” only under its name in Afghanistan.

The letter further stated that the “Emirate in Afghanistan under the leadership of Mullah Mohammad Omar is approved by 1500 Afghan Ulemas who have pledged allegiance with it and there for drawing a parallel line with it is neither required by Sharia nor by logic.”