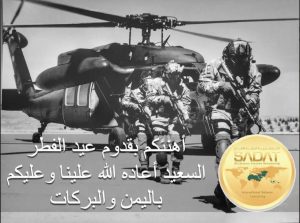 The Pakistani Air Force (PAF) has agreed to cooperate with a Turkish paramilitary group accused by the United Nations of deploying fighters, including children, from Syrian armed groups to take part in military operations in Libya, like reported by nordicmonitor.com.

The Pakistani Air Force’s policy think tank, the Centre for Aerospace and Security Studies (CASS), has become a partner of the Islamic Union Congress, organized by the Association of Justice Defenders Strategic Studies Center (ASSAM), a front organization run by private military contractor SADAT, which many believe is a de facto paramilitary force loyal to the Islamist president of Turkey. SADAT is owned by retired general Adnan Tanrıverdi, who is also head of the ASSAM steering committee and former chief military aide to Turkish President Recep Tayyip Erdoğan.

The Islamic Union Congress is a series of gatherings that started in 2017 and will continue until 2023. The event is sponsored by municipalities run by the ruling party, government agencies and Turkish Airlines. The fifth congress, in which CASS is a partner, will be held in Istanbul in December 2021 and will focus on the “Principles and Procedures of Joint Foreign Policy for the Islamic Union (2021). The congress previously discussed several issues such as establishing a confederation of Islamic countries as well as a joint army and a constitution. According to the proposed constitution, the main goal of the confederation, which comprises 61 countries, is “ensuring the Islamic world to be seen on the scene of history again as a supreme power with Istanbul, the capital of it.”

CASS is a policy think tank established in 2019 in Islamabad by the Pakistani Air Force specializing in aerospace with a perspective of national security and economic development. It is run by senior retired air force generals and employs a significant number of researchers. Retired Air Chief Marshal Kaleem Saadat, who had served for 38 years in various capacities in the PAF, is the current president of CASS. Pakistan’s former ambassador to the United States, Jalil Abbas Jilani, is the director responsible for foreign policy, and retired Air Vice Marshal Faheem Ullah Malik is the director dealing with international relations and international security.

The announcement of CASS’s involvement in the SADAT event came shortly after a meeting between Pakistani Air Force Chief Marshal Mujahid Anwar Khan and the ASSAM delegation in İstanbul on January 15, 2021, during a four-day official visit to Turkey. Briefed on ASSAM’s capabilities , Khan offered to have CASS work with the ASSAM delegation on joint projects. ASSAM posted a tweeted regarding the meeting with Khan, saying, “ASSAM is taking firm steps forward to become a worldwide strategic organization.” According to Tanrıverdi, the request for the meeting was made by Khan, who he claimed was aware of the work of ASSAM.

Interestingly, the cooperation between the two pro-government organizations that operate in the military area occurred at the same time that Turkey and Pakistan were rumored to be cooperating in the joint manufacture of fighter jets. Military experts also claim that Turkey may join the JF-17 Thunder fighter jet project that Pakistan has been developing with China. Last month the US officially announced it had excluded Turkey from the F-35 fighter jet production program because Ankara had purchased a Russian S-400 missile system. Turkish and Pakistani officials reportedly have been discussing cooperation in the fields of missile and nuclear weapons technology.

In 2020 the United Nations revealed how the Turkish government used its paramilitary contractor SADAT in Libya and requested further explanation from Turkish authorities in a letter signed by a group of senior rapporteurs. “Turkish authorities allegedly contracted private military and security companies to facilitate the selection as well as the preparation of official and contractual documentation for the fighters, apparently in coordination with the Turkish security services. One of the companies cited in this context was Sadat International Defence Consultancy [SADAT],” the letter said. The rapporteurs also claimed that according to the available information, SADAT contributed to the recruitment of children under 18 years of age to take part in an armed conflict.

Tanrıveri’s son and the CEO of Sadat, Melih Tanrıverdi, recently admitted that the firm works with Turkish intelligence agency MIT and coordinates actions with Turkish diplomats and defense officials, in a radio interview in March 2021.

Adnan Tanrıverdi, once the chief military advisor to President Erdoğan, had to leave his position following a Nordic Monitor report that he had been working to pave the way for the long-awaited Mahdi (prophesied redeemer of Islam), for whom the entire Muslim world was waiting. Tanrıverdi said he was stepping down to avoid putting the president in an awkward position after his remarks about the Mahdi sparked a huge reaction in Turkey. However, it is no secret that Tanrıverdi still wields significant influence in the Erdoğan government and helps shape policies on military and security matters.