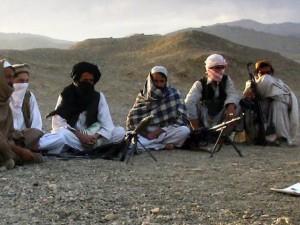 Taliban spokesperson Zabihullah Mujahid made this disclosure in a statement he issued on the Taliban leader.

Hashmi, the Taliban shadow governor for Afghanistan’s eastern Nangarhar province, was critically injured during firing in Peshawar, and later succumbed to his injuries, according to sources.

The Taliban leader had been involved in organising movement in Nangarhar province, close to Pakistan’s border.

“We announce with great pain that a senior Jihadi figure, a senior leader and in-charge of Nangahar province Mir Ahmad Gul Hashmi, who was living as a refugee, has been killed by the enemies of Islam,” Zabihullah Mujahid said in his statement.

“We consider the martyrdom of Maulvi Ahmad Gul as a big loss for the Muslims and especially for the Jihadi nation,” Mujahid said.