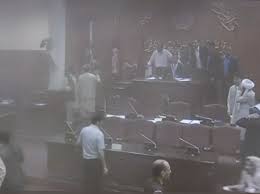 The Foreign Ministry said in a statement yesterday that the allegations aim to “disrupt the improving relations between the two brotherly nations.” It condemned “terrorism in all its forms” and said it would continue to work with Kabul to combat it.

Hassib Sediqqi, the spokesman for Afghan intelligence services, said Wednesday that an officer in Pakistan’s Inter-Services Intelligence helped the Haqqani network carry out Monday’s attack, which killed two people and wounded more than 30.

Relations between the two countries have improved in recent months following years of tensions, during which each had accused the other of supporting militants operating along their porous border.