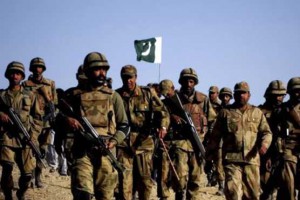 Pakistani state TV says a high-level delegation has left for Saudi Arabia to assess whether to take part in Riyadh’s coalition battling Shiite rebels in Yemen.

Pakistan has voiced support for the mission but is not taking part in the Saudi-led airstrikes. Asif said Monday that Pakistan hadn’t yet decided whether to dispatch combat troops.