You are here: Home / West Asia / Pakistan must not distinguish between terror groups like Pakistani Taliban and LeT 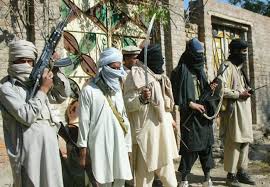 The United States (US) Deputy Secretary of State Antony Blinken, who is on a two- day visit to India, said on December 8 that Pakistan should not distinguish between terror groups like Pakistani Taliban (Tehreek-e-Taliban Pakistan-TTP) and Lashkar-e-Taiba (LeT) and that it would be satisfied only when perpetrators of the Mumbai 2008 terror (also known as 26/11) attacks are brought to book and justice ensured to the victims, reports The Times of India.

On the 26/11 attacks, he said India and US were “bound together” in seeking justice to the victims. “I don’t think anyone would be satisfied until justice is done, no we can’t be satisfied,” he said.

Blinken stressed that the US has told Pakistan, “publicly, privately and repeatedly”, that the country should take action against both “inwardly directed and outwardly directed” terror groups who threaten India, US or Afghanistan. “We are looking to his (Chief of Army Staff General Raheel Sharif) own standard that there should be no distinction. A terrorist is a terrorist whether it is Pak Taliban, LeT or Haqqani Network. It’s a very important statement and should be the basis of collective action,” he said.