You are here: Home / West Asia / Pakistan: Islamic State increased its presence in 2017 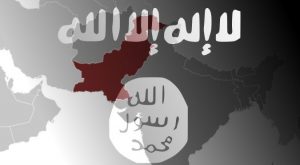 There was an increase in the presence of Islamic State (IS) in Pakistan in 2017, an Islamabad-based think-tank report said, like reported by aninews.in.

Pakistan Institute for Peace Studies (PIPS) has said in its Pakistan Security Report 2017 that over 150 people were killed in around six terrorist attacks claimed by the IS in the last year, Geo news reported.

According to the report, some new challenges such as emergence of self-radicalised individuals and small terrorist cells have raised their heads in the country.

Also, incidence of religious extremism including on educational campuses, and increasing footprints of the IS in parts of the country have also become a problem for Pakistan.

The report, which has been compiled after taking data from multiple sources, coupled with interviews and articles by subject experts, revealed that Daesh and its local affiliates and supporters claimed six major terrorist attacks in Pakistan, killing 153 people.

Among the major attacks claimed by the IS was deadliest suicide bombing that took place inside the Shrine of Lal Shahbaz Qalandar in Sehwan, in which at least 90 people were killed and more than 300 injured.

In Balochistan, the Daesh carried out a suicide attack on the convoy of Senate Deputy Chairman Maulana Abdul Ghafoor Haideri in Mastung, besides abducting Chinese nationals from Quetta and killing them later, the report said.

At first, the Pakistan government was in denial mode regarding the presence of the IS in the country, but lately authorities have confessed that the group does have a tangible presence in Pakistan and is an imminent threat.

Aftab Sultan, the director general of the Intelligence Bureau, had earlier in a briefing to the Senate Standing Committee on Interior, reportedly said the “Islamic State group was emerging as a threat in the country because several militant groups had a soft corner for it”.

The report further noted that at least 815 people were killed and more than 1,500 were injured in a total of 370 terrorist attacks in 64 districts of Pakistan in 2017 by militant, nationalist/insurgent and violent sectarian groups.