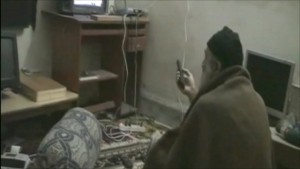 A former Pakistani intelligence officer disclosed the hideout of Osama bin Laden to CIA in exchange of a US$25 million bounty on the head of the al-Qaeda chief, who was living as prisoner under ISI protection in the garrison town of Abbottabad, according to a report.
“In August 2010 a former senior Pakistani intelligence officer approached Jonathan Bank, then the CIA’s station chief at the US embassy in Islamabad. He offered to tell the CIA where to find bin Laden in return for the reward that Washington had offered in 2001,” the Dawn reported, citing American investigative journalist and author Seymour M Hersh.

The intelligence official, Hersh said, was a military man who is now living in Washington and working for the CIA as a consultant. “I cannot tell you more about him,” he said.

The US confirmed the information provided by the official and put the compound under satellite surveillance. Americans later informed the ISI which set up a cell in Ghazi, Tarbela, where “one man from the Seals and two communicators” practised the raid before executing the operation, Hersh said, adding that it was a difficult decision but Pakistan was ultimately taken on board and told about the script to kill Osama. Hersh said whatever the Obama administration told about the operation to kill Osama was part of fiction and the real story was totally different.

“The most blatant lie was that Pakistan’s two most senior military leaders — general Ashfaq Parvez Kayani (the then army chief) and general Ahmed Shuja Pasha (the then ISI chief) — were never informed of the US mission,” he told Dawn.

When the Americans contacted the Pakistani government and asked for Osama, the ISI insisted that he be killed and his death should be announced a week after the operation.Hersh said the Saudi government also knew about Osama’s presence in Abbottabad and had advised the Pakistanis to keep him as a prisoner. “Osama was an ISI prisoner and never moved except under their supervision,” he said.

The Americans were required to say that the al-Qaeda chief was found in a mountainous region in the Hindu Kush so that neither Pakistan nor Afghanistan could be blamed for keeping him, Hersh said, adding that the ISI wanted him dead because “they did not want a witness”.

Hersh said president Barack Obama did not consult Kayani and Pasha before releasing the cover story that he shared with his nation in a live broadcast.