You are here: Home / West Asia / Pakistan gets $336m to support forces in combating a Taliban insurgencyin Afghanistan 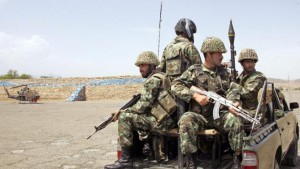 Pakistan received some $336 million from the United States for its ongoing role in combating a Taliban insurgency in neighbouring Afghanistan.

The injection of cash, which comes as the Taliban steps up its annual summer offensive launched in late April, has helped Pakistan’s foreign exchange reserves reach a fresh high of about $19 billion, state bank officials said.

Regular payments to Pakistan under the Coalition Support Fund (CSF) programme began in 2001 when Pakistan joined the US-led coalition in Afghanistan as a “frontline ally”.

Pakistan provides use of its air bases and other facilities in exchange for the reimbursements.

The central State Bank of Pakistan (SBP) in a one-line press note said it had received a total of $336.8 million under the CSF programme, which is the first tranche of a $1.5 billion for the current fiscal year ending June 2016.

Pakistan has received a total of $13 billion in CSF payments since the programme began.

The Afghan government meanwhile conducted its first face-to-face talks with Taliban cadres on July 7 in a Pakistani hill station, aimed at ending the 14-year insurgency.

But despite the willingness to engage in talks there has been no let-up in militant attacks, which are taking a heavy toll on civilians.

Almost 1,000 civilians were killed in the conflict during the first four months of this year, a sharp jump from the same period last year, according to the United Nations.