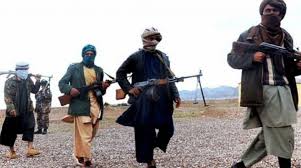 The Pakistani military and intelligence have not abandoned the policy of training terrorist groups on their soil and have recently created a new terror group under the name of ‘Khattak Taliban’, like reported by afghanistantimes.af.

The ISI, Inter-Services Intelligence of Pakistan has recently formed a new militant group, called the “Khattak Taliban” in a bid to fight the Afghan security forces and those Taliban members who are not under control of Islamabad during the ongoing Afghan peace process.

Based on the reports, the members of this group are purportedly from impoverished areas of Pakhtunkhwa which are being trained at training centers in Miranshah, Lod Der and Balochistan’s Kuchal areas.

According to Kabul News television, the Khattak group’s fighters have been sent to Afghanistan several times in the recent months, but due to lack of military training and combat tactics, they went through huge casualties.

This comes despite the fact that there have been several videos recently leaked to the social media, showing funeral ceremonies on other side of the Durand Line.