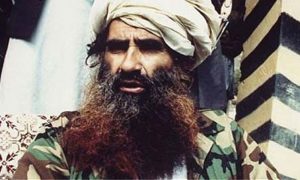 The interior of Pakistan has said the country has zero tolerance for terrorism amid rising pressures on Islamabad regarding the persistent freedom of actions by terrorist groups, specifically the Taliban and Haqqani terrorist network leadership councils and sanctuaries, like reported by khaama.com.

Speaking to a private TV channel, interior minister Ahsan Iqbal said no one would be allowed to use the Pakistani soil against the others, apparently gesturing towards the growing pressures regarding the sanctuaries and leadership councils of the Afghan militant and terrorist groups.

Iqbal further added that peace and stability in Afghanistan would be in the best interest of Pakistan as the stability of the two countries are interlinked.

This comes as the Afghan and US officials have long been criticizing Islamabad for remaining reckless to act against the Taliban and Haqqani terrorist network sanctuaries as they claim that the leadership councils of the two groups are based in the key cities of Pakistan from where they plan and coordinate attacks in Afghanistan, including some of the deadly attacks on US forces.

While announcing the new US strategy for Afghanistan and South Asia last month, the US President Donald Trump strongly criticized Pakistan regarding the terror sanctuaries, saying  “For its part, Pakistan often gives safe haven to agents of chaos, violence, and terror.  The threat is worse because Pakistan and India are two nuclear-armed states whose tense relations threaten to spiral into conflict.  And that could happen.”

He said the next pillar of the new strategy is to change the approach and how to deal with Pakistan, emphasizing that we can no longer be silent about Pakistan’s safe havens for terrorist organizations, the Taliban, and other groups that pose a threat to the region and beyond, emphasizing that Pakistan has much to gain from partnering with our effort in Afghanistan.  It has much to lose by continuing to harbor criminals and terrorists.