You are here: Home / West Asia / Pakistan claims Haqqani Network has been dismantled from its tribal areas 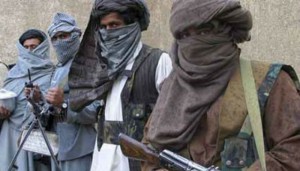 Pakistan’s National Security and Foreign Affairs Advisor Sartaj Aziz will share ‘compelling’ evidence regarding the dismantle of Haqqani Network with the Afghan officials during his visit to Kabul, Pakistani officials have claimed.

A Pakistani official quoted by a local newspaper said their assessment shows that majority of the attacks are now being planned from within the Afghan soil.

Afghan government also slammed Pakistani officials for their remarks regarding the elimination of Haqqani Terrorist Network following military operations in tribal regions of Pakistan, saying “The Islamic Republic of Afghanistan believes that one of the major differences between Afghanistan and Pakistan is regarding the presence of terrorist groups, specifically the Haqqani Network in Pakistani soil.”

“The recent remarks by Pakistan’s National Security Advisor Sartaj Aziz, suggesting that the Haqqani Network has been decomposed following military operations, are repeated claims by Pakistani officials during the past one decade,” a statement by Presidential Palace said.

The Palace insisted that documents and evidences shows that the network’s leadership, commander and control, supportive infrastructure and sanctuaries are still operational in Pakistan.

The statement further added that the government of Afghanistan has repeatedly handed over evidences regarding the Haqqani Network operations in Pakistan and has urged the Pakistani government to take action.

Having close ties to Al-Qaeda and hard-line elements in Pakistani military intelligence, the Haqqani terrorist network is accused of staging numerous cross-border attacks from their base in North Waziristan, including the 19-hour siege at the US Embassy in Kabul in September 2011.

The network is considered the most lethal insurgent group targeting the NATO-led coalition security forces and Afghan personnel in Afghanistan.