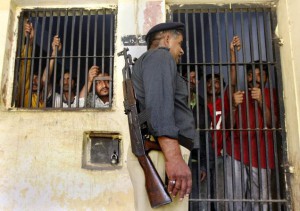 The Minister of Justice of the Pakistani province Punjab, Rana Sanaullah, today announced the arrest in that territory of 42 people linked to the terrorist organization Islamic State (IS).

In a press conference, Sanaullah said the police launched an operation this weekend in four cities of Punjab against supporters of the radical group.

He said that among those arrested are the alleged Islamabad chief Amir Mansoor, his deputy Abdullah Mansoori and the group’s chief for Sindh province, Umer Kathio.

According to what was explained, a number of detainees had the mission to create cells of the IS.

A week ago the Counter Terrorism Department (CTD) dismantled a group of eight suspected members of the IS in the city of Sialkot, also in Punjab.

During the operation weapons, explosives and several computers were seized.

Last Friday, CTD units arrested a member of the Islamic State in the city of Karachi, capital of Sindh, whose mission was to recruit young people, three of whom were sent to Syria to fight for this terrorist organization.