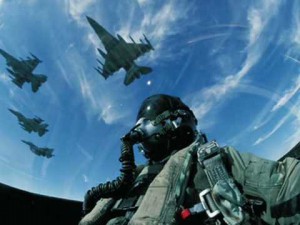 Counter-terrorism official Naveed Khawaja announced the arrest in Karachi. He didn’t say when the man, identified as Syed Sheaba Ahmad, was detained in the southern port city. Police initially announced a name that sounded very different during a press conference, before releasing a copy of the man’s ID with the correct spelling.

Khawaja described Ahmad as a businessman with two chemical companies in Karachi and neighboring Iran. He said the suspect made large donations to the Afghan Taliban and another extremist group before supporting al-Qaida’s South Asian affiliate.

Police are investigating the suspect’s possible links to the Islamic State group, which has recently made some inroads in Pakistan and Afghanistan. “We have seized his computers, which have Daesh messages,” Khawaja said, using an Arabic acronym for the IS group.