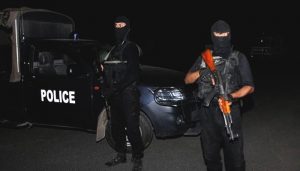 The Counter-Terrorism Department (CTD) of Punjab police on Wednesday claimed to have arrested three terrrists during a raid in Mughalpura area of the city, like reported by thenews.com.pk.

According to a spokesman for the CTD, the suspected terrorists have been identified as Abdur Rehman, Amir Saleem and Shoaibur Rehman.

The CTD spokesman said explosive material and arms were also recovered from the possession of the suspects.

They were shifted to an unknown location for interrogation.