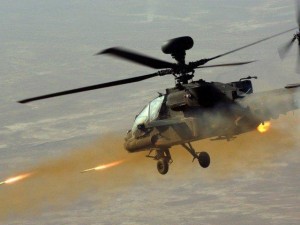 13 militants were reportedly killed and their hideouts destroyed in the bombardment.

Pakistani military began a sweeping operation against militants in Waziristan in June 2014 after peace talks with TTP collapsed and a deadly terrorist attack carried out at Karachi airport in which around 30 people killed.

Pakistan claims to have broken the backbone of the militants groups with killing thousands of their fighters and destroying their places of escape.