You are here: Home / MidEastGulf / Over 90 kurdish killed in airstrikes by Turkish Air Force in Iraq. And Islamic State’s militants? 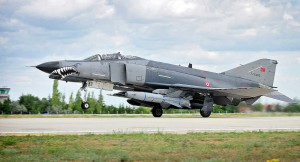 Between 30 and 35 Kurdish rebels were killed in Tunceli in the recent airstrikes carried out by two F-16 fighter jets, the Sabah newspaper reported.

According to the media, Turkey’s F-16 and F-4 fighter jets airstrikes on PKK targets in the Haftanin region in northern Iraq resulted in the deaths of 55-60 militants and the destruction of the group’s shelters and armories.

Tensions in Turkey escalated in late July, when the country launched a military campaign against the PKK in southern Turkey and northern Iraq, after the militants claimed responsibility for the murders of two Turkish police officers.The PKK, considered to be a terrorist organization by Ankara, began its separatist insurgency in 1984. The group seeks to create a Kurdish state in parts of Turkey and Iraq.

According to Turkish authorities, over 110 police officers, servicemen and civilians became victims of the Kurdish militants in the past two months.