You are here: Home / West Asia / Over 800 Dagestan residents fighting alongside terrorists in Syria, Iraq 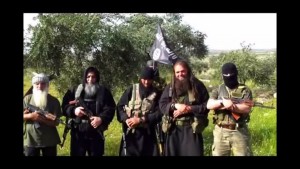 More than 800 descendants from Dagestan have joined terrorists in Syria and Iraq, the head of Russia’s North Caucasus republic, Ramazan Abdulatipov, said on Monday.
“According to special agencies, in Syria and Iraq more than 800 descendants from Dagestan are fighting alongside terrorists,” Abdulatipov told the republic’s parliament, the People’s Assembly. The republic’s leader said the goal is to prevent the participation of Dagestanis in international terrorist organizations in the Middle East countries. “The position of Dagestanis in regard to these outcasts is unambiguous: they are traitors and enemies of the Motherland – Dagestan, Russia,” he said.
tass.ru