You are here: Home / MidEastGulf / Over 500 russian female members of Islamic State captured in Iraq 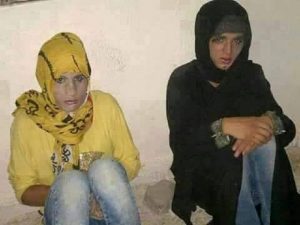 Iraqi security forces are holding 512 Russian women nationals suspected of links to the Islamic State (IS), said Kurdish Yezidi member of the Iraqi Parliament, like reported by basnews.com.

On her official Twitter account, MP Vian Dakhil also revealed that nearly 200 other women from Azerbaijan are among the detainees for similar charges.

After the liberation of Mosul and Tel Afar from the IS earlier this year, media reports claimed over 1,500 foreign female members of IS are now under Iraqi forces’ detention.

The extremists group has almost now lost the entire territories it had once held in Iraq. However, sleeper cells and remaining elements are still believed to be hidden among civilians across the north and western parts of the country.