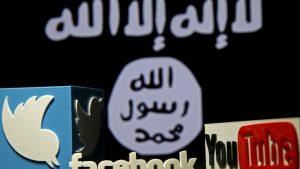 Indonesia and five other members of the Association of Southeast Asian Nations on Thursday launched an intelligence sharing initiative to fight terrorism and radicalism in the region, like reported by nikkei.com.

The initiative, known as “Our Eyes,” is a concrete cooperation platform for strategic information exchanges among the six countries including Thailand, Brunei, Malaysia, Singapore and the Philippines. It is modeled on the “Five Eyes” intelligence alliance involving the United States, Britain, New Zealand, Australia and Canada.

“This concept is purely cooperation to deal with threats from terrorism and radicalism in the region without any political agenda in it,” Ryamizard said in a speech.

Although it only involves six of ASEAN’s 10 member states now, he said hopefully in the future the membership could be expanded.

Initiated by Indonesia, Ryamizard also said “Our Eyes” is needed for surveillance and detection of potential threats posed by Islamic State in Southeast Asia.

He said that within the Southeast Asia region, the southern Philippines and Sulu Sea areas have become IS strongholds.

Other than IS, Ryamizard also warned of possible threats emerging from the Rohingya refugee crisis in Myanmar’s Rakhine State.

If not properly dealt with, he said Rohingya refugees “could be recruited by IS to strengthen their network.”