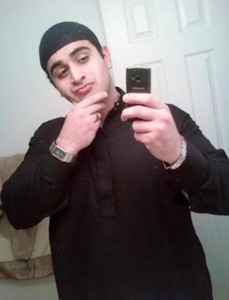 And while there were two perpetrators in the Dec. 2 terrorist attack at the Inland Regional Center in San Bernardino, shooters Syed Rizwan Farook and his wife, Tashfeen Malik, were both, like Orlando shooter Omar Mateen, radicalized Muslims, not part of any terrorist cell or extremist group, and pledged their allegiance to ISIS before carrying out their attacks.

Mark Pitcavage, senior research fellow at the Anti-Defamation League in New York City who has studied lone-wolf terrorists in the U.S. for 25 years, said Monday that, unlike Mateen, Farook and Malik would not technically be considered “lone wolves” because their attack involved two people instead of one.

Farook and Malik, however, did operate on the periphery of ISIS, used simple and easily acquired weapons, mainly firearms, and never succeeded in committing a second act of violence, all of which are the traits of a lone-wolf terrorist, Pitcavage said.

Brian Levin, a counterterrorism expert and director of Cal State San Bernardino’s Center for the Study of Hate and Extremism, said ISIS instituted an intensive multiplatform internet recruitment and training campaign that exploited its successes in Syria to encourage new members to launch attacks on soft targets where they reside.

“Even though their fortunes have soured somewhat and fewer Americans are signing up as foreign fighters, there is still a subset of angry and unstable people who are susceptible to radicalization over the internet or through peers,” Levin said.

According to a report published by the Anti-Defamation League in March, 80 U.S. residents were linked to terror plots and other activity motivated by Islamic extremist ideology in 2015, up 180 percent over the previous year and a level of activity never before seen.

The ADL attributed the sharp increase in terrorism activity to a combination of global trends, technological advances and the “constant tide of terrorist messages and propaganda.”

The report noted the December arrest and indictment of Riverside resident Enrique Marquez Jr., accused of providing the assault rifles used in the Inland Regional Center attack in San Bernardino to Farook and Malik.

But the ISIS threat is still very real, as ISIS has developed its own encryption program and is figuring out other ways to circumvent authorities, Levin said.

What makes the idea of lone terrorists most chilling is the difficulty law enforcement faces in identifying and tracking them.

“They’re a needle in the haystack,” said Mark Pitcavage, senior research fellow at the Anti-Defamation League in New York who has studied lone-wolf terrorists in the U.S. for 25 years. “We have 315 million people in the U.S. right now. Even the fringe of the fringe is a large number. If you’re reclusive to begin with, you’re not necessarily drawing attention to yourself.”

He cited the November 2009 mass shooting in Fort Hood, Texas, carried out by Maj. Nidal Malik Hasan, who killed 13 people and wounded 32.

“When law enforcement is diligent, they absolutely can and do get a number of lone wolves before they can commit a violent act, but some will always slip through the cracks,” Pitcavage said.

The drastic spike in Islamic extremist-related terrorist plots and attacks in 2015 illustrates how sophisticated and successful the ISIS propaganda machine is, said Oren Segal, director of the Anti-Defamation League’s Center on Extremism.

“They’ve spent a lot of time trying to convince their average, everyday person if they want to make something of their lives, now they have the opportunity,” Segal said. “ISIS is offering those things to people through a set of circumstances and propaganda that we’ve never seen before.”