You are here: Home / Europe / One in four French Muslims in ‘revolt’ against secular laws

Around one in four French Muslims, mostly young people, support an ultra-conservative form of Islam, including the wearing of the full-face veil, but the vast majority accept France’s strict secular laws, a study showed Sunday 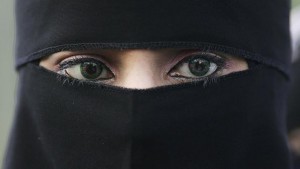 The Ifop survey carried out for a major study of French Muslims by Institut Montaigne, a liberal think-tank, showed that the vast majority of people who identify as Muslim accept curbs on religion in public.

But 60 percent considered girls should nonetheless be allowed to wear the headscarf in school, 12 years after it and other religious symbols were banished from the classroom, the survey published in Le Journal du Dimanche weekly showed.

And around one in four — 24 percent — supported the wearing of the burqa and niqab, the full-face veils that were banned in public places in 2010.

The survey of 1,029 people aims to inform the government’s plans to overhaul French Muslim bodies in the wake of several jihadist attacks, most of them the work of French extremists.

It was carried out between April 13 and May 23, before this summer’s furore over the banning by several towns of the full-body burkini swimsuit, which has made Islam a hot-button topic eight months before the next presidential election.

Institut Montaigne’s report grouped French Muslims into three categories: “completely secular”, devout but accepting restrictions on religion in the public domain, and a more reactionary group that uses Islam for the purposes of “revolt”.

Those in the secular category, which made up 46 percent of the total, did not reject Islam but demonstrated their religious feeling mainly by eating halal meat.

Most “problematic”, according to the report, was the third group which was composed of “mostly young, low-skilled people with low levels of participation in the labour market” living on the outskirts of cities.

“Islam is for them a way of asserting themselves on the margins of French society,” the report found, noting that most people in that group approved of the burqa and of polygamy, which is permitted by Islam.

Around half of under-25s fell into this category, compared to around 20 percent of over-40s, revealing a generational gap between moderates and younger hardliners, the report found.

Two issues — the right to wear the headscarf and access to halal food — emerged as enjoying support among all Muslims, whether practising or not.

Two-thirds of all respondents said they supported the right to wear the headscarf, even though two-thirds of the women questioned said they themselves did not wear the garment.

And eight out of ten people believed that public school canteens should offer halal options — a demand that has been rejected by several town councils who see it an encroachment of religion in schools.

The survey also showed that, contrary to commonly-held perceptions, French Muslim women are more conservative than men on some issues.

Only 56 percent of women said they would attend a mixed swimming pool, compared with 75 percent of men.

The study also showed that, while most respondents consider their religion as important to them, most do not regularly attend a mosque, with only 29 percent of attending a mosque on a weekly basis.

The study estimated the number of French people identifying as Muslim to be far smaller than often thought, at around 3.7 million, or 5.6 percent of the population of over 15 years.