You are here: Home / Senza categoria / On Islamic State nomenclature… 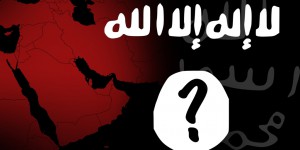 The first chapter of “Principles in the Administration of the Islamic State” is a particularly interesting section on the subject of the announcement of the Caliphate. At first sight, the text appears to be odd in affirming that the announcement of the revived Caliphate was in the year 1427 AH, which corresponds to 2006 CE and appears to go against the convention that the Caliphate was announced on 29 June 2014 following the conquest of Mosul and other cities in Iraq, creating an entity controlling territory that spanned the borders of Syria and Iraq.

In 2006, some time after Abu Mus’ab al-Zarqawi’s death, his Mujahideen Shura Council merged with some smaller jihadi groups to form what was officially known as the Islamic State of Iraq (Dawlat al-Iraq al-Islamiya), headed by Abu Omar al-Baghdadi as its amir. The name of the declared state entity could be taken to mean an Islamic emirate limiting itself geographically to the boundaries of modern Iraq: i.e. not a Caliphate.

However, it is also true that the self-presentation and messaging were not wholly consistent in this matter. On other occasions, the discourse actually referred to the project as “The Islamic State in Iraq” (e.g. al-Dawla al-Islamiya fi al-Iraq, as in the declaration of the second cabinet of ministries in 2009) or simply “The Islamic State/The State“, which suggests that The Islamic State only happens to be in Iraq at the present time. Taken together with the titling of Abu Omar al-Baghdadi as ‘Amir al-Mu’mineen’ (Commander of the Faithful) and frequent additions to his name like al-Qurashi (of Quraysh tribe that could claim the Caliph title), a strand of the group’s messaging was suggesting that the Caliphate had already been reestablished in 2006. Will McCants also notes the significance of the term ‘Dawla’ (‘state’) in reference to the Abbasid Caliphate.

Ultimately, this issue goes to the heart of the ambiguous relationship between al-Qa’ida and the Islamic State of Iraq from the outset, and the serious concerns and debate in the jihadi world at the time about what was the latter’s real status. In the end, the Islamic State of Iraq under Abu Bakr al-Baghdadi cleared up all ambiguities of intentions in expanding into Syria in 2013 and renaming itself officially as the Islamic State in Iraq and al-Sham [ISIS] without inconsistency in self-reference, while pushing much more messaging about the re-establishment of the Caliphate as it captured territory and began implementing real governance on the ground.

Similarly, in 2013, many of us—myself included—made an error in referring to ISIS as the “Islamic State of Iraq and al-Sham”, and at least in the initial stages of the ISIS expansion in that year did not think beyond the al-Qa’ida framework. In reality, from the moment Baghdadi declared his refusal to disband ISIS in June 2013, he had truly broken off all links with al-Qa’ida for good, even as al-Qa’ida did not formally disavow relations until February 2014. An analytical failure that resulted from this dogmatism of not thinking beyond the al-Qa’ida framework was the assumption that ISIS and Jabhat al-Nusra would probably not fight each other. To be sure, that view was partly reinforced by Jabhat al-Nusra amir Abu Muhammad al-Jowlani’s statements to al-Jazeera in December 2013, in which he did his best to minimise the disagreement with ISIS and portray both groups as full members of the al-Qa’ida family.